Ghosting Isn’t An Option As You Grow Your Career 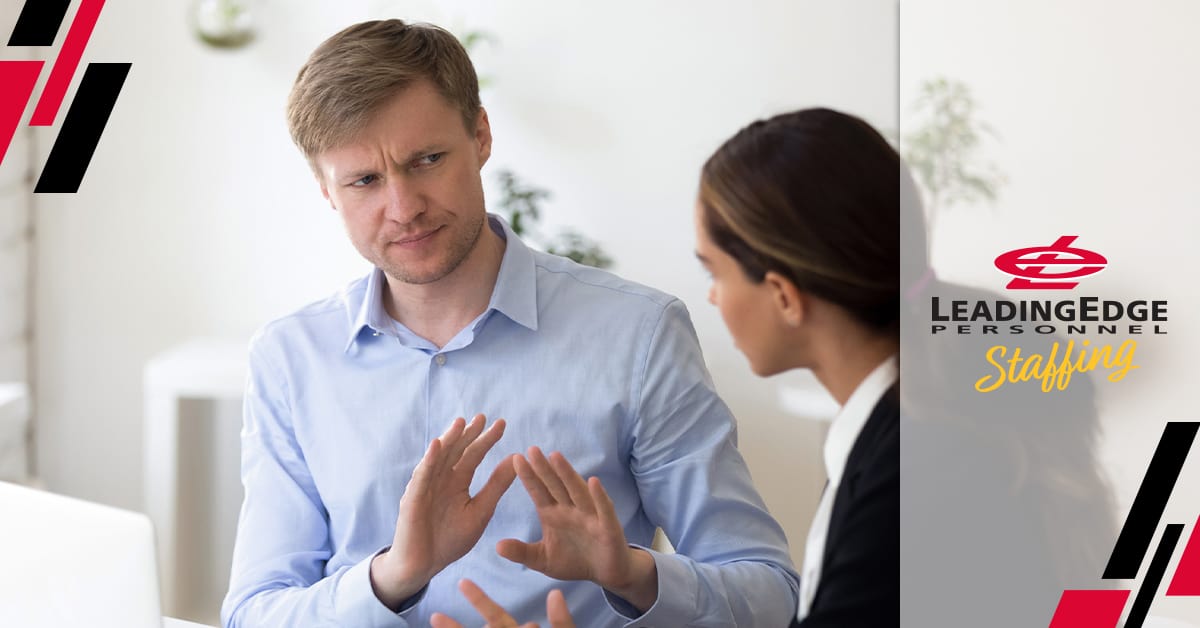 Posted at 08:00h in For The Job Seeker by LeadingEdge Personnel 0 Comments
0 Likes
Share

The Washington Post laughingly says, “Workers are ghosting their employers like bad dates.” We don’t think it’s funny, though—and you shouldn’t, either. Some staffing firms say ghosting has risen to about 20% of their candidates. Why is ghosting now so common it’s like a professional sporting event? Some analysts blame the candidate-driven job market. Others say it’s just simply too easy to walk away when you’ve only met screen-to-screen.

While ghosting is a serious downer for hiring teams, there is also a hidden outcome that candidates should be wary of. How can ghosting a recruiter ultimately cause blowback for the candidate as they go about searching for their next job?

Ghosting was a common term used in an era of online dating. It refers to potential dates just disappearing from your radar. Today, it can also refer to job candidates that cut off communication with an employer without a word of explanation. Like a ghost, the candidate was there and then just… wasn’t.

There are different layers of ghosting, and some are much worse than others. For example, there is the:

No matter when the ghosting takes place, it’s never a good thing. It’s not just candidates ghosting employers, either. The data shows 77% of job seekers say employers have ghosted them since COVID-19 hit. 10% said they had been ghosted after receiving a verbal job offer. It’s an equal number on the employer side; the Society for Human Resource Management (SHRM) says 76% of employers nationally have been ghosted by candidates.

It doesn’t matter if it’s the candidate or the employer unwilling to share the bad news that the job isn’t going to work out. It’s hurtful on both sides of the equation, particularly if the relationship between the recruiter and the candidate is strong. Whether you’re in a recruitment agency or a corporate recruiter, ghosting hurts. The employer wastes a lot of time (and money) on nurturing the candidate through the application process, only to lose all the ground they gained in trying to fill the job. But there are also negative consequences for candidates who ghost employers.

What Are the Consequences for Candidates Ghosting an Employer?

We guarantee the first thing that runs through a recruiter’s mind isn’t that they were ghosted. Instead, they’re probably worried that you had an accident or are in a hospital. Especially if it seems like they really got to know the candidate during the recruiting process. This is especially true if things were going so well the candidate was going to get an offer. The truth is that the recruiter may never really know what happened to that person—unless, of course, their LinkedIn profile changes, showing that they ghosted that employer. Talk about burning a bridge! With social media, it’s easy for the ghosted hiring manager or recruiter to see exactly where you went if you take another job. While we don’t recommend this practice, we’ve seen recruiters blast someone publicly on a social page for their ghosting behavior.

We know that ghosting is one of the most effective ways to burn your bridges. Whether it’s a temp staffing agency that the candidate is working with or an employer, ghosting these organizations will ultimately come back to haunt you. Remember that your resume and candidate notes are all stored in an applicant tracking system. If you ghost that company, we guarantee that the employer will carefully flag your resume so that if you ever apply there again, this data will be there.

Too, recruitment agency circles are small. For example, the San Antonio staffing community is a tight-knit group with a shared group of potential employees. This network is a small pool where competing recruitment agencies compete for the same candidates for candidates that ghost. What if you end up running into someone you ghosted at one temp staffing agency—when that recruiter switched jobs and went to another San Antonio staffing firm?

The truth to keep in mind is the “six degrees of separation rule,” which pretty much means you’re going to be at a conference someday and run right into the employer you ghosted a few years ago. Believe us, you don’t forget the candidate that ghosts you. But is this really the way you wanted to be remembered?

The point here is that people talk, and being ghosted is often the subject of local happy hours. The last thing a candidate wants is to red flag your name as an unreliable candidate for all the recruitment agency teams.

Ghosting is not only unprofessional, it’s a little immature. In today’s job market, it’s understandable that a candidate may receive a job offer from another company. We get that it may be difficult to face the uncomfortable conversation with a recruiter or hiring manager you like a lot. But it’s easier on these professionals if you simply tell them the truth that you got a better offer. It happens!

However, you should not just avoid the recruiter and try to get away without having a crucial conversation. Simply not showing up isn’t a good way to deal with anything, but especially a job offer. Trust us, this won’t just go away, and it may come back to bite you later on.

LeadingEdge Personnel is your San Antonio and Austin staffing agency. From temp to hire to full-time, we’ve got jobs that will keep you working for the long haul.

Sorry, the comment form is closed at this time.